On May 16th & 17th 2006, the NCA organized a 2-Day Workshop entitled “Human Rights and Fundamental Freedoms of Older Persons in Belize”. It was facilitated by 2 consultants from PAHO, Washington, Mr. Javier Vasquez, a human rights lawyer and Mr. Enrique Vega, an ageing specialist and was the first ever Human Rights Workshop organized for Older Persons in the region.

This was actually the start of VOICE as one of the many recommendations that were made at the workshop was that Older People wanted their OWN organization that represented their views and concerns. Human Rights Workshop Recommendations 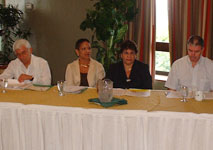 For a very long time Older People had been frustrated about being ‘left out’, not consulted and ignored by society. So, in November 2006 the National Council on Ageing started the process of bringing participants from the Human Rights Workshop together to discuss how to establish such an organization.

Funding was obtained from the British High Commission to assist with the development process and to raise the capacity of the participants as the eventual owners of the organization.

Core Group representatives from all the Districts of Belize shared experiences and their concerns of the older people in their areas. Planning meetings and public meetings were held to obtain interest and support. It was important for the members to gain confidence, even though they were committed and strong in their motivation to succeed, but they needed to obtain equal enthusiasm from others to make it happen. 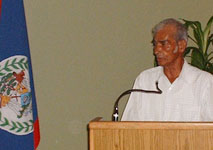 fter one year of careful planning, VOICE was officially launched on October 1st 2007, on International Day of Older Persons. It was indeed a historic occasion and older persons from every District of Belize came together with representatives from many NGO’s, church groups and Trade Unions to celebrate the day.

The official ceremony was managed by the members of VOICE and was addressed by Hon. Prime Minister Said Musa, who provided the key note address, Mr. David Spiers, Deputy British High Commissioner, Ms. Anita Zetina, CEO in the Ministry of Human Development and Ms. Kamela Palma, Chairperson of the NCA.

Future work of VOICE
The District representatives understand that there is still much work to do as some Districts have stronger resolve than others. However, they are encouraged and understand that, to create awareness in the whole country of this organization is not only important but necessary for all older people. 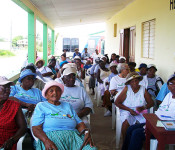 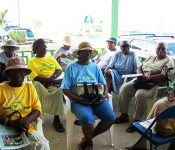 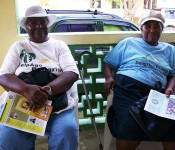 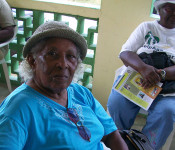 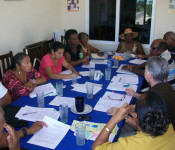 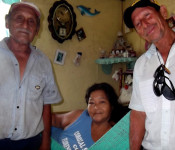 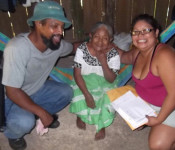 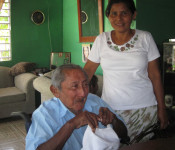 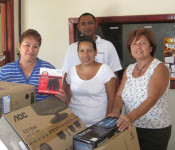 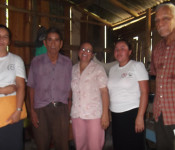 VOICE members are moving forward, being active and continuing to contribute to the process of making positive changes in society. They appreciate that maybe the changes will not come soon enough for all of them to benefit but they are not thinking about that. They gain strength from wanting to be part of the process of achieving benefits for older persons in the future and that future generations will not face the difficulties that many older people in our country do today.

As some of their priority issues, VOICE will be addressing:

Inequality of the current Non-Contributory Pension Scheme (NCP), which discriminates against men who received benefits at age 67, whilst women receive it at age 65.

Free medication and diagnosis treatment for all older persons countrywide

Reduction in Utility costs to all older persons

The NCA will continue to support VOICE and for the purposes of administration will use the office of the NCA for all its correspondence.

Check in YouTube if the id PLf_IhPfqCq-bXN7MwrRImNeRlWdWMVttI belongs to a playlist. Check the FAQ of the plugin or send error messages to support.